If you are wondering what Jagriti Yatra in the title is,  Read the below definition from their site.

Jagriti Yatra is an ambitious train journey of discovery and transformation that takes hundreds of India’s highly motivated youth, especially those who are from small towns and villages of India, on a 15 day, 8000 km national odyssey to meet the role models – social and business entrepreneurs – of the country. The vision of Jagriti is ‘building India through enterprise’. – http://www.jagritiyatra.com/

This would explain better

Now, coming to second part of the title. Jagriti Yatra starts on December 24 from Mumbai and There are 25 more days to countdown for the D Day to come. That’s why its D -25 (using Rocket.CountDown.Convention)

Me interviewing my My Mind Voice (MV)

Me : Are you excited ?
MV : Definitely YES, I am too excited. Never travelled this far and this long.

Me : What excites you more ?
MV : Of course, It’s meeting and traveling with other 449 awesome yatris for 15 days. Also excited about ideas, experience and lots of learning to come.

Me : Want to thank anyone for this ?
MV : Family and Friends by default, other than them, quite a lot of people. Firstly, my friend Aswin for inspiring me to apply for the Yatra. Then, the selection panel for selecting me and the sponsorship panel for granting me a partial sponsorship. And, my office for approving 15 days leave ( hope they don’t revert it back 😛 )

Me : Any idea about your co-yatris?
MV : They are from all over India and a few from other countries too. Got to interact with few via FB and WhatsApp and Even meet few from Chennai too. They are awesome, excited and energetic. One of the co-yatri is my best Buddy. Looking forward to meet them all.

Me : So, All set for yatra ?
MV : Just booked tickets to and fro from Mumbai, Nothing other than that. My biggest worry is, I never packed for these many days. Lets see.

Me : Anything that concerns you more ?
MV : Yes, The winter in north.

Me : Fine, Shall we expect updates in your blog ?
MV : Sure, Why not ? Will also try to blog during the yatra.

Me : Any concluding words ?
MV : I’m too tired of you asking me too many questions. Need some rest, You can leave now.

If title didn’t make sense to you , just try excluding the last word in it.

Yesterday morning, me and my friend Kumaresan a.k.a KU went for a run in Besant Nagar beach. After completing the run we realized that I lost the Bike key and he lost the money which we took for “incase of emergency”.  We also forgot to bring water can, which we usually take while we go for a run, so we end up being too thirsty and hungry. Then we called our friend Nigilan for rescue. We were too hungry and thirsty so that we entered into Murugan Idli Kadai without a single penny in our pocket. While we ordered and had our food one by one slowly, my eyes are fixed on the door anticipating Nigilan to come and pay our bill. At last, Nigilan came with his friend Azhagu to help us out.  After reaching my office from there, I called up my parents to find, is there any duplicate key at home. They reverted back with a yes and they would bring it to Besant Nagar beach in the eve as there was already a plan in place to spend time there with family. Wait.. Story is not yet over.. The tragic part is yet to come.

The whole day I was worried about the safety of my Bike, was bit relieved when my parents called in the eve and informed me that they were about to reach Besant Nagar. First thing I did when I reached there was to check on my Bike and was happy that it’s safe and intact. Big twist in the story came when my dad bought Bike helmet holder key which looks similar to my Bike Key. That was a moment of shock for me. Then he said, he would go back to home and check for the key. In the mean time I spend time with my mom and sis, waiting for my dad’s call and eating molaga bajji. My dad called back after some time with a negative news, he couldn’t find any duplicate key at home. It would be a waste for him to come back, so I asked him to stay back at home and I would figure out some way to break the lock.

First thing I did was, I approached the police near by. I asked them is there any procedure to break the lock. After enquiring about me, they said just call a mechanic and break the lock. I asked for suggestion but they didn’t help much. I searched for few nearby mechanics and called them, they were all scared to break a bike lock fearing for police, as there were few bike theft reported earlier and they were enquired by police. I even meet a couple of mechanics nearby and asked to help me, but they too refused. At last an Auto driver Kumar and his friend offered to help me but requested my mom and my sis to stay near by as they will be a support if police comes. They tried to break the lock for more than an hour but no use, those locks are intricate to open and strong to break, great job HONDA.

There was a construction work going on near by, after seeing us struggling for a long time, A construction worker and his friends came for help. He is really very skillful, in a very few tries, he broke the lock and help me start the bike. When I thanked him, he said “I am in construction, It’s only tough to build something, but easy to break”, and refused to accept any money. I thought he is a construction worker, later I came to know that he runs his own Marble and Granite business, and a construction labor contractor too.  He is RadheShyam and I am very thankful to him for his timely help.

It was already past 10 pm when we started back. I also thanked Auto anna and paid him 200 rs. He also dropped my mom and sis in bus terminus. It was around 11 pm when we reached back home completely exhausted.

Though I felt guilty for spoiling my family outing plan, make my sis and mom wait for a long time and sad for the damage to my bike. I felt happy that I learnt some lessons, but in a very hard way and that there are good samaritans who help with no expectation when someone around is in trouble. It was such a stressful and painful experience.

Morals of the story : 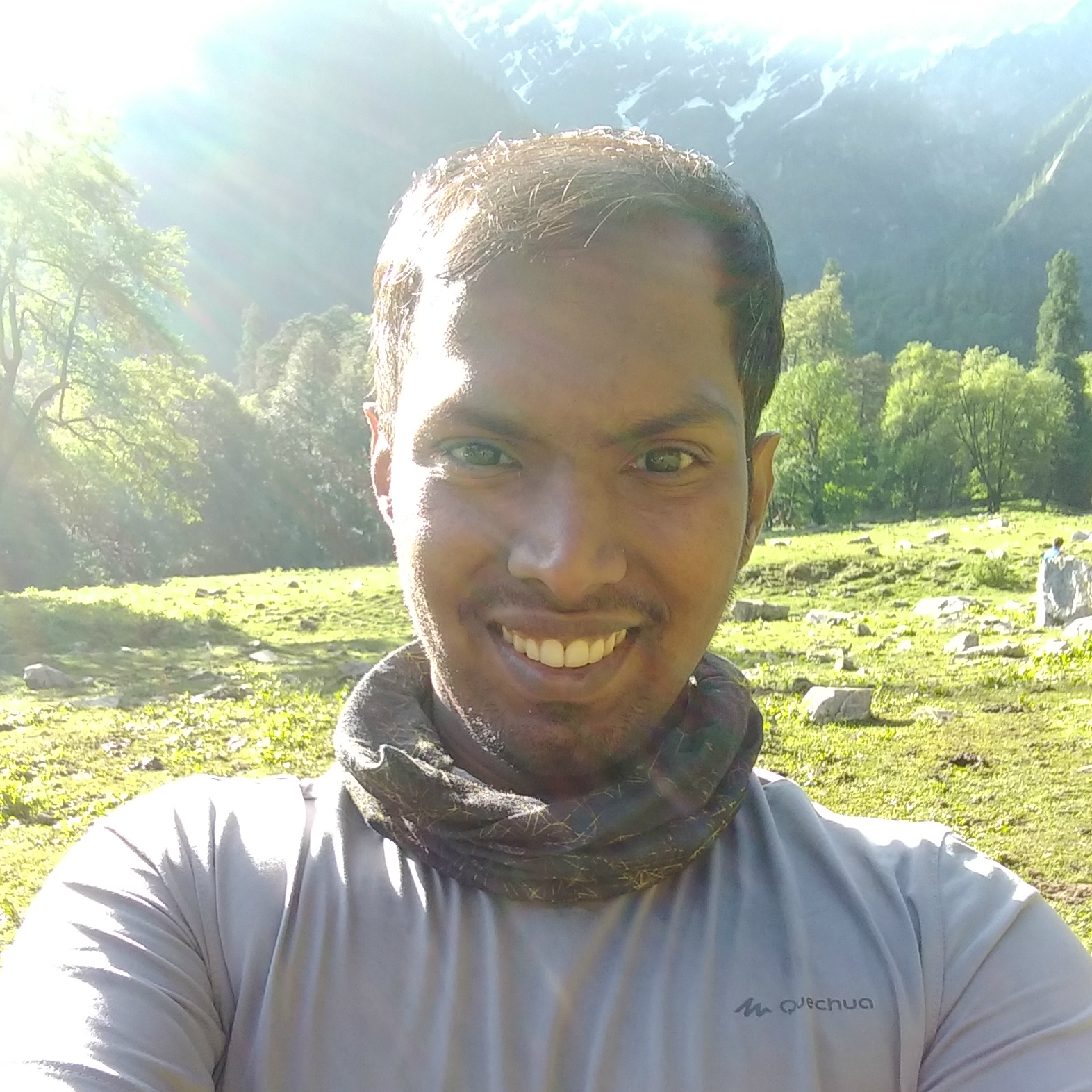